'Not a single word of kindness': A letter to a hospital 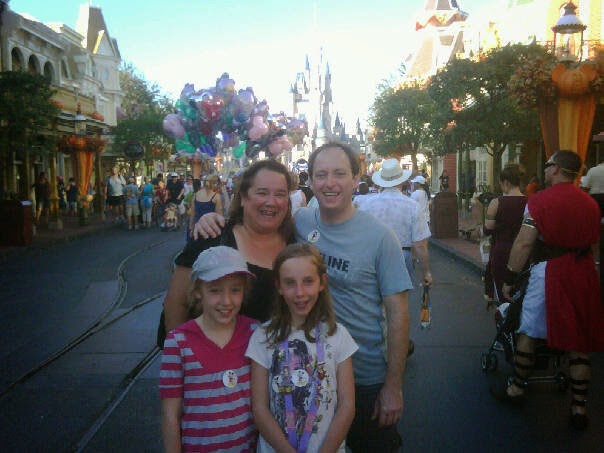 I was very interested today to hear of a report from Macmillan which reveals cancer patients in the UK aren't treated with the greatest of compassion and are denied "a good death."

As I approach the second anniversary of losing our beloved Neil, I still carry the trauma of what happened in his last days in Wolverhampton's New Cross Hospital.

I was commissioned to write about this some months ago for a national newspaper as a case study in a bigger piece about NHS failings. That piece never saw the light of day. So here I am getting it out there.

My husband Neil died in May 2012 of melanoma, six weeks after his 44th birthday.

The hospital concerned has told us they are “deeply sorry” for some aspects of Neil’s care and in response to others, an action plan would be developed. In short, things were to change because of our experience and my complaint. I felt compelled to tell our story as too often now I’m being told it’s typical and I wanted to help prevent similar distress for other families in the future. Today's report from Macmillan tells us what too many people already knew.

Ours is not a headline-grabbing case of massive negligence, rather, to me and my family, a heartbreaking account of how so many basic things can be overlooked.

In writing a complaint letter to the hospital, I wanted to call for better training for staff on general medical wards so that other families are less likely to suffer as we did. To be honest with you I also want to tell this story as it hurts so much and I'm still getting flashbacks.

I asked management to explain what training staff in general wards underwent to meet the needs of terminally ill patients and urged them to consider investing in increased/improved training.

I received five pages of apology.

These are points, condensed but also added to a little here, that I raised:

I wrote seven pages of complaint to New Cross Hospital, Wolverhampton around a month after Neil died when I could find the words. After a month my complaint hadn't been acknowledged so I rang and was told the letter must have got lost in the post. Later I was told more time was needed. The final response which came two months after I made it was five pages of apology which sought to reassure me my complaints were taken seriously and improved training/communication was under way. Reading the answer to the points I raised sent me into a panic attack - the second since I was given the news Neil would die within 48 hours.

An investigation was carried out.

On our care in EAU:


They acknowledge the way we were spoken to was unacceptable and apologise. They outline how requests for information should be met with respect and courtesy. They say we should have been treated with more sensitivity.

They say my raising questions about training was appropriate and outline the training they undertake and add that the EAU isn’t an ideal place for terminally ill patients. They say staff now work closely with the palliative care team to provide necessary support. (I think but can’t be sure this means a result of my letter which is a comfort.)

They say it is not clear if the request was ever received.

Our experience with the drip

They say fluids should not have been stopped and are ‘deeply sorry’ for what happened, staff have been spoken to.

They say our experience was below standard and my concerns are being discussed further at a team governance (quality) meeting in order to ensure protocols are in place to prevent a recurrence.

They are “extremely sorry” he fell while in their care.
They apologise that no advisory signs were displayed over Neil’s bed.
All staff have been reminded of the importance of such signs

They apologise these weren’t extended for me

Lack of basic care and hygiene

They apologise that the appropriate care and attention required was lacking. All staff have been reminded of the importance of undertaking comfort rounds

They apologised for the poor experience we experienced

They are sorry I felt we weren’t given enough information and also wish to apologise that I felt staff didn’t offer appropriate support at this extremely difficult time and at times they behaved inappropriately, adding to my distress.

My experience will be shared with relevant staff at team meetings and directorate governance forums. An action plan will be developed in response to my experiences.

They were very concerned to read of our experiences.

“Please let me say how sorry I am for the additional upset caused to you and your family at this time. I hope you are reassured that your comments have been taken on board by the nursing team and group managers.”

The care Neil received in the specialist Deansley cancer ward at New Cross was amazing from lovely, lovely people. He was there for five weeks in one go at one time, and he eventually died there. St Giles Hospice were also phenomenal through their home care and counselling services and a bed was ready for him, but he never made it. Perhaps if the palliative care team at New Cross had been told earlier we were there, who knows, he may have.

Macmillan blew us away, helping Neil walk so he could accompany me down the aisle at our wedding. A happier memory is how the nurses and doctors at Deansley stood and clapped as he inched his way down the corridor with a walking frame after weeks of not being allowed to move and losing all mobility, thanks to his remarkable determination and the unswerving commitment and patience of the Macmillan physios. His consultant Dr Simon Grummett never treated Neil with anything less than complete respect, care and dignity, his support for us and his hopes of helping Neil live longer through innovative treatment brought us great comfort.